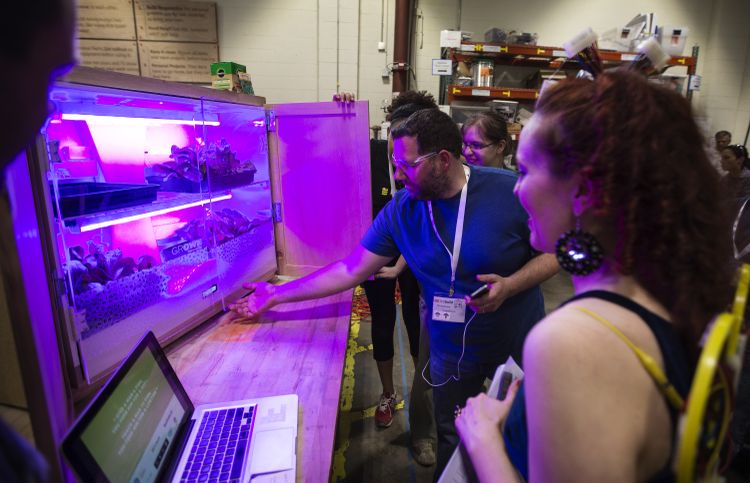 Doug Holbrook (center), of Louisville, demonstrates his team’s invention of a kitchen cabinet that is a self-contained garden during the judging phase of the Hackathon on Saturday, April 11. Over 300 makers, engineers, designers and techies participated in a free 24-hour Hackathon at GE’s FirstBuild microfactory in Louisville, Ky., on April 10 through April 11. A total of $60,000 in cash prizes and hardware were available to winners. FirstBuild is a physical and online microfactory that uses small batch production to manufacture new appliances at a much faster speed and with less risk. FirstBuild leverages the maker movement, a largely growing co-creation ideology that allows ideas for new appliances to come from anyone, anywhere, anytime.