GE Profile and Café refrigerators with Keurig K-Cup Brewing Systems will be available in counter-depth models and in GE’s popular Slate finish, combining a stylish, contemporary look with the single-serve brewing system that customers have demanded.

“After we launched the GE Café Series refrigerator with Keurig K-Cup Brewing System in the stainless steel option, we knew it was only natural to expand that product line and make this unique appliance available in the Slate finish,” said Dan Goldstein, refrigeration marketing manager for GE Appliances.

“The versatility offered by Slate and the competitive price point of our Profile brand means the convenient K-Cup Brewing System can be incorporated into kitchens of all sizes and styles across the U.S.” 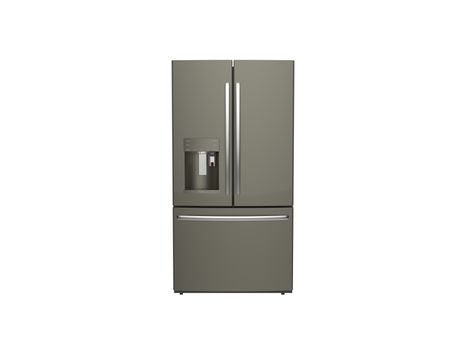 Slate was launched in 2012 after extensive research into the habits and preferences of consumers and industry experts. The elegant, warm matte finish is easily combined with today’s most desirable kitchen design trends and harmonizes with the rest of the home as open-concept kitchens become increasingly commonplace.

Now, consumers who opt for a complete Slate suite of appliances can choose a refrigerator with Keurig’s K-Cup Brewing System for convenient access to more than 500 varieties of Keurig K-Cup beverages from 75+ major brands, including Folgers®, Starbucks®, Dunkin’ Donuts®, Peet’s Coffee and Tea® and more.